The colours of this blanket pay homage to the Olympic National Park in Washington State. This unique region is famous for its varied ecosystems—from rugged coastlines and dense old-growth forests to glacier-capped alpine peaks and lush rainforests.  The blanket uses a ground of heather grey with two bands of stripes in muted, natural tones. Fans of our national park blankets can attest to the fact that we don’t usually use heathered yarns in this group, making this blanket uniquely beautiful, just like the park for which it’s named. 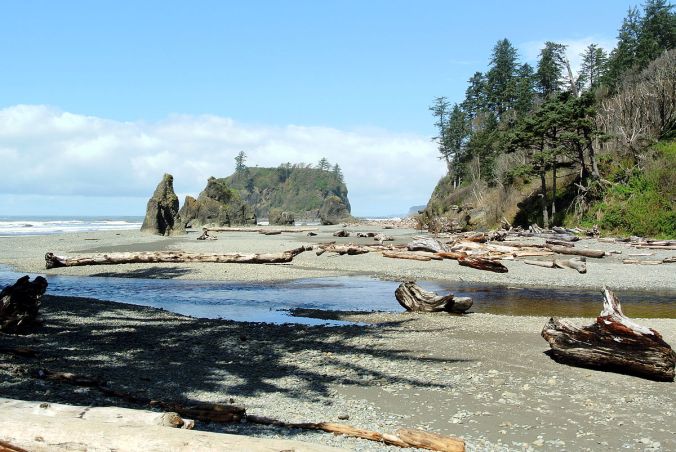 Diversity is the hallmark of Olympic National Park. Encompassing nearly a million acres, the park protects a vast wilderness, thousands of years of human history, and several distinctly different ecosystems, including glacier-capped mountains, old-growth temperate rain forests, and over 70 miles of wild coastline.

Visitors to the Pacific Northwest are often surprised to learn about their rainforests. The entire area was once home to a huge rainforest that stretched from Oregon’s southern coast to southeastern Alaska. Why? Because of our bountiful, wonderful (and sometimes depressing) level of rainfall. 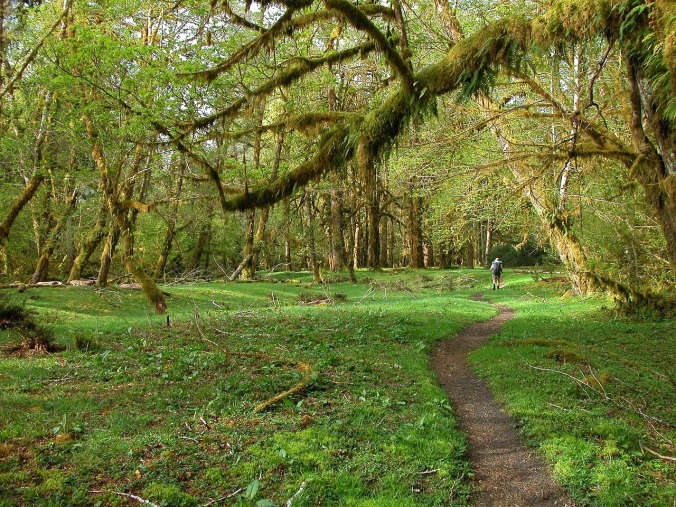 As part of its varied landscape, Olympic NP contains a 73-mile long stretch of wilderness coast. The rocky headlands, beaches, tidepools and sea stacks are wild and undeveloped. Ruby Beach—named for ruby-like crystals that are found in deposits of the beach’s sand–has been attracting artists and photographers for decades, thanks to its unique sea stacks.

Other things to remember about visiting the area:

So snuggle up in the made-in-the-USA warmth of the Olympic National Park blanketand start planning your visit. The Pacific Northwest wonderland awaits.