Skip to content
SHIPPING EUROPEWIDE WITH FREE DELIVERY OVER £150

It’s our most popular National Park Series blanket; but did you know that it is also our oldest? Yes, the Glacier National Park blanket was originally commissioned by the president of the Great Northern Railway. Like the National Park Service, our blanket is over 100 years old. 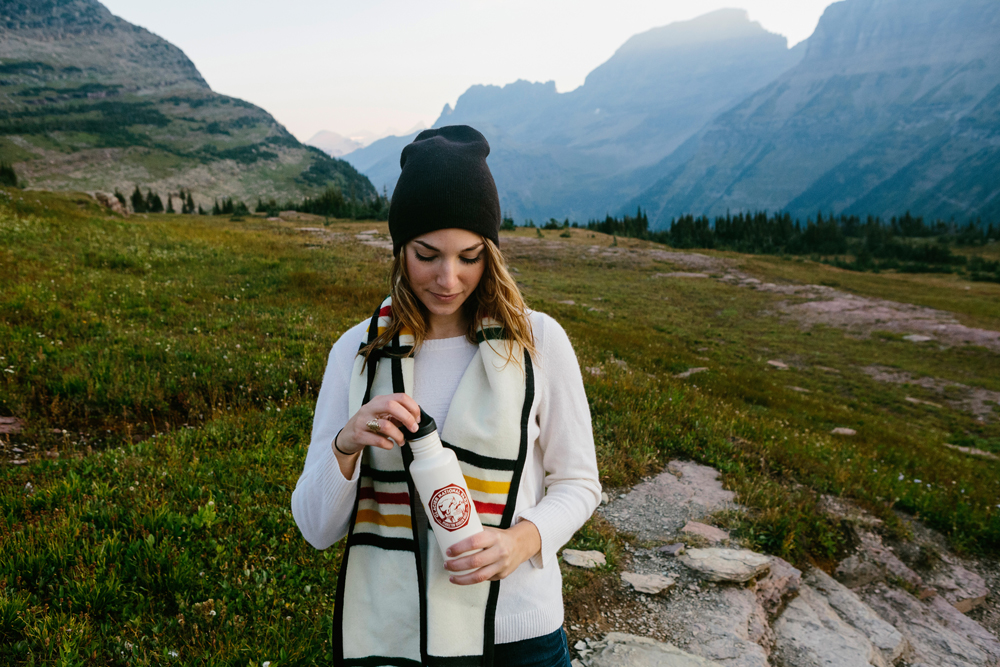 Glacier Park is located in Northern Montana, along the Canadian border. In fact, Glacier was joined with Canada’s Waterton Park as the first world’s first International Peace Park in 1932. The Goat Haunt Ranger Station is located at the center of the Peace Park, and is the only place in the country where you may cross the border without going through customs. In fact, you will receive a special mountain goat-shaped stamp in your passport to commemorate your crossing.

Because of its remote location, Glacier has retained most of its flora and fauna, with the exception of the American Plains Bison and the woodland caribou. But at least one four-hooved resident remains and thrives in the park: the mountain goat is Glacier’s official symbol, and adorns the label of the Glacier National Park blanket.

The Great Northern Railway was instrumental in enlarging public awareness of Glacier as a tourist destination. The Great Northern line crossed the Continental Divide near what is now the southern entrance to the park. The president of the railroad, James J. Hill, foresaw a grand opportunity for passenger travel. Great Northern was responsible for much of the building in the park, a unique mix of European architecture and American materials that became known as “parkitecture.”